The Epitech Innovation Hub is a space dedicated to innovation, experimentation, prototyping and project development. Whether they are initiated by students or proposed by partners, these projects can cover many areas of computer science. Let’s focus on a Hub project related to cybersecurity and developed by a group of our first-year students. 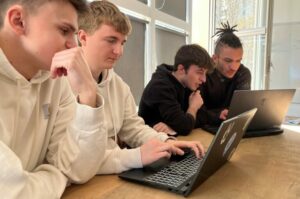 On each of our campuses, the Epitech Innovation Hub is a unique place where students can imagine, test, prototype and create technological innovations or simply get involved in projects that are close to their interests.

In the context of their second-year internship application, Théo, Nils, Hugo and Jean-Baptiste, four of our first-year students, wanted to acquire skills in both cybersecurity and web development. Wishing to highlight these two areas on their CVs, they decided to invest in an innovative Hub project that would not only serve their future professional careers, but will also be of great support to all Epitech students. 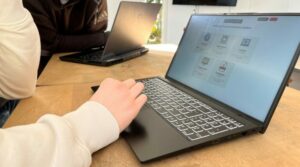 What did they decided to do? — They developed a cybersecurity challenge website accessible to as many people as possible, and more specifically a CTF (Capture The Flag) platform.

Capture The Flag is a game mode in which several attackers have to steal a flag. In computer science, and particularly in cybersecurity, CTF is similar to an intrusion; this game consists of exploiting vulnerabilities in software in order to break into computers to retrieve the flags, proof of the intrusion.

To do this, they learned, tested and developed their website in two web development languages that they had not seen in the first year projects: NodeJS and ReactJS.

After having put into practice the Epitech pedagogy, the students aim to make their platform, named SysCTF, accessible to as many people as possible and especially to all Epitech students wishing to challenge themselves and improve their performance in cyber security.