The third Epitech Bootstrap Summer came to a close on Friday in Disneyland to end the IONIS Group Summer School on a glorious high. The camp was attended by 32 students from Epitech partner universities all over the world. It lasted 3 weeks and ended with the students presenting their group project which had been designed and built at the school’s Innovation Hub. The presentations were held on July 20th followed by the attendees being awarded “certificates of completion”.

True to the “school’s guidelines” – work hard, play smart and have fun – the summer camp was buzzing with energy, especially on Thursday. Flavian Gontier, (Epitech class of 2021) one of the Bootstrap Summer’s supervisors alongside Thomas Navennec (class of 2019), two residents of the school’s Innovation Hub, did acknowledge that “it wasn’t all that easy at the start with so many different nationalities and cultures and nobody knowing each other. Even some of the Korean group had no knowledge of each other as they came from 2 different universities. But everyone got on well by the end of camp. And the camp went really well for us too.”

(Attendees at the start of the Epitech Bootstrap Summer 2017)

We should mention that following the same tests and repetitions as we do at the school, this format is starting to run smoothly: attendees always start by diving into a mini Pool C. They then begin the second week at the Innovation Hub to “brainstorm” and soak up group work methods, namely design thinking with workshops and “work labs”. They also started handling popular hardware among tinkerers and other makers – Arduino, Raspberry Pi, sensors etc. The attendees finalised their projects in the third week.

“This year’s Summer School theme was home automation,” says Thomas. “If they didn’t want to do it then some of them did what they wanted but most of them went with the IoT. For example, the team of 3 Russians researched how to control sensors using HoloLens: you could switch lights on/off, adjust the temperature or turn music on/off in the room using augmented reality. They learnt how to handle electronic controllers with HoloLens and, in terms of home automation, that’s really fascinating…”

Nikita Elizarov, a 4th year “Innovation” course student at Tomsk State University of Control Systems and Radioelectronics back for his second time at an Epitech Bootstrap Summer, was one of three members of the team focusing on HoloLens: “we asked to work with HoloLens, I was really excited about the idea of using the new technology. I’d read a lot about these AR glasses but I’d never actually seen them so I couldn’t wait to work on them with my friends.”

The benefits of group work

“We spent 2 weeks together and as someone who is used to working alone, it’s been a really positive change. You progress far more quickly by cooperating and helping each other. On your own you can’t see what else you can do, you’re restricted; with colleagues on a project, we push each other so we can all go further.”

One of the Bootstrap Summer’s standout figures, Yuhang Liao, a computer science student at Brockport College, also loved Epitech’s signature training method, “our teachers weren’t involved, our supervisors didn’t tell us to “do this or do that”, they just guided us and it was up to us to find solutions. For example, we wrote the entire software and lines of code ourselves on our “Gamebox” project. I think the way of learning was incredibly interesting.”

“Gamebox” saw Yuhan and his colleagues review “this arcade game” says Flavian “which had been explored in-depth by a group of e-artsup students who spent the whole spring working at the Innovation Hub: they’re the ones who began the project and did the laser cut-outs on Plexiglas but they only had time to position the buttons and not connect them electronically. So Yuhang and his colleagues had to handle 12 buttons, 2 joysticks and connect a screen to everything using an Arduino…They did an enormous amount of work, especially since they’d never dealt with electronics. Even we wouldn’t have been any quicker than them…”. 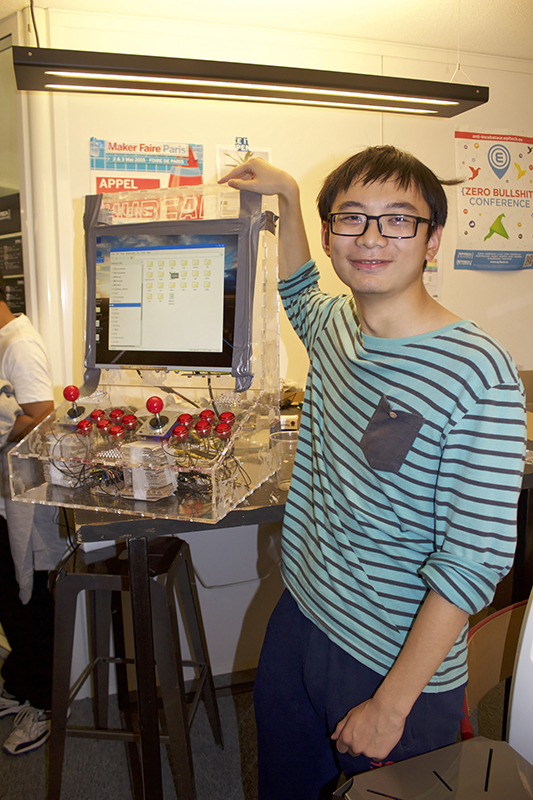 Yuhang also really made his mark: “For me,” Flavian recalls, “the highlight of Bootstrap Summer was when Yuhang was testing the sound sensor with shrieks that pierced the entire Hub to reach the maximum decibels… “. “My highlight was when, on the same project, they decided to play the Mario music on a loop as soon as the machine was plugged into the mains on the buzzer that you couldn’t switch off…So everyone was humming Mario for the last four days,” laughs Thomas. 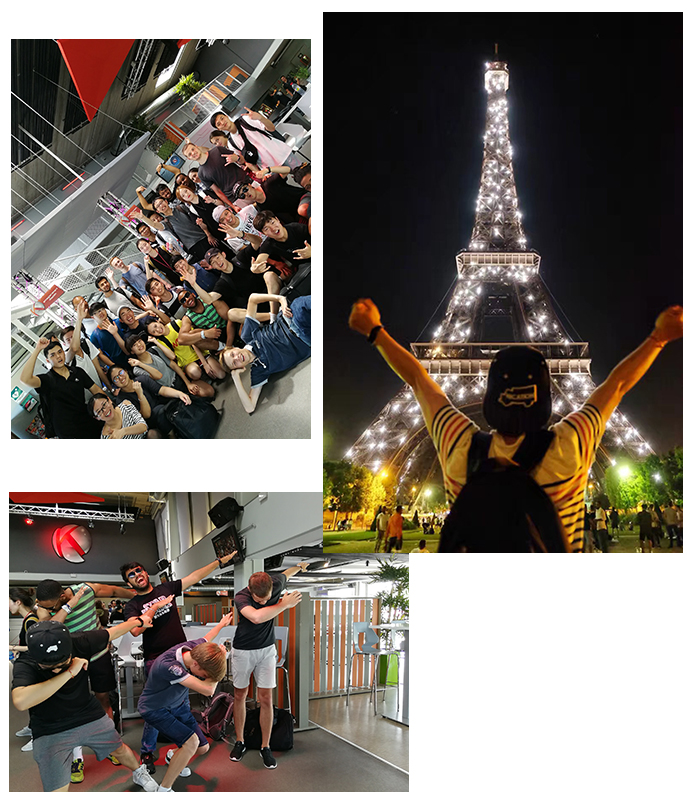 The thirty-odd motley crew didn’t just work non-stop. They visited Paris, the Eiffel Tower, the Château de Versailles, went down the Seine in a bateau mouche, visited the Bastille at night and took a guided tour of the Microsoft France campus. “It’s my first time in Paris, it’s an amazing city,” Yuhan tells us (in case you didn’t know)…And now that the format has found its feet, we can announce that next summer Epitech is hosting an Epitech Bootstrap Camp in its national network’s 12 cities.