In the same way that Epitech requires its students to bootstrap their Epitech Innovative Projects, the school itself implements the agility of the “test / iterate” and, more generally, “lean start-up” methods in its own projects. Thus, Forward (FWD), these 2 weeks of entrepreneurial creativity, remains focused while spreading its wings ever wider for its third edition. This is also the reason why Maddyness is a partner of this 2017 edition. #EpitechForward 2017 began the Monday 13 and ends Friday, March 24.

Mobilization of the ecosystem

#EpitechForward 2017 remained focused by planning 6 conferences for the first week, from Monday 13 to Friday 17 March, including 4 conferences dedicated to the Business Model Canvas alone, the first of which was introduced by Emmanuel Carli, Director General of the school, in the company of Alexander Strzelewicz, who has recently raised 2 million euros with his Keymetrics project. At the same time, FWD 2017 opened itself to all the developments in entrepreneurship and start-up methodology. The 12 Epitech Schools invited numerous representatives of their respective ecosystems to mentor those groups that are conducting projects. In all, that represented no less than 200 members of our “start-up nation”. 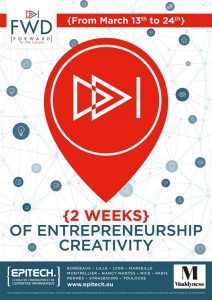 As in previous years, FWD aims to acculturate third-year students of the Epitech curriculum to the Business Model Canvas – which this year concerned the Class of 2019. As this class will be leaving for internships on April 1 and then take off abroad for their fourth year, FWD marked the end of the first stage of their Innovation Track.

This Innovation Track begins with the “Piscine Moonshot”, which creates the best possible conditions to hatch project ideas. This is the “ideation sequence”, which is followed by the “prototyping sequence” and ends with Forward – 2 weeks of entrepreneurial creativity. In addition to conferences, all groups of the Class of 2019 met at least one of the entrepreneurs and startuppers who are massively present this year in the 12 schools of the Epitech network.

This year, the Class of 2019 indeed had the chance to meet and benefit from the feedback of some 200 mentors distributed among the 12 cities, each meeting with a handful of EIP groups to challenge them in order to refine their pitches. The best projects (elected by their peers) had 2 days to improve their pitches before presenting them on Friday, March 24, before a quality jury composed of eminent persons from outside the school in each city of the Epitech network.

For the mentor, mentoring means asking questions, even “challenging” the members of the project when they show weaknesses, and it is normal that they should be perfectible at this stage, and to  cover the broad spectrum of the project within the framework of the lean start-up and Business Model Canvas – the idea, the product, the market fit, etc. It is also of the greatest interest for the students to meet entrepreneurs: these latter have already confronted their projects with the reality of the market.

Feedback from the turf

This “feedback” from the field is essential to the start-up methodology, which is different from the launch of conventional companies, especially when it concerns a startup with high technological content and therefore with strong potential in terms of “scalability”. However, the “mantras” so dear to startuppers, like “think big, start small, act fast” or “start now, plan later”, or even “if you fail, fail fast”, etc. are often still new concepts to students in the third year of the Epitech curriculum.

Creating a start-up is an adventure, with its highs (raising funds, for example) and lows: in France, nearly 90% of all startups fail. These conferences and this mentoring program intend to provide a whole set of good practices aimed at placing participants among the remaining 10%…

The conference program dedicated to the Business Model Canvas 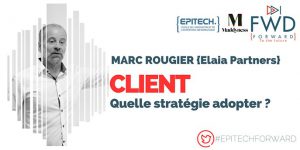 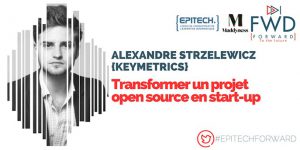