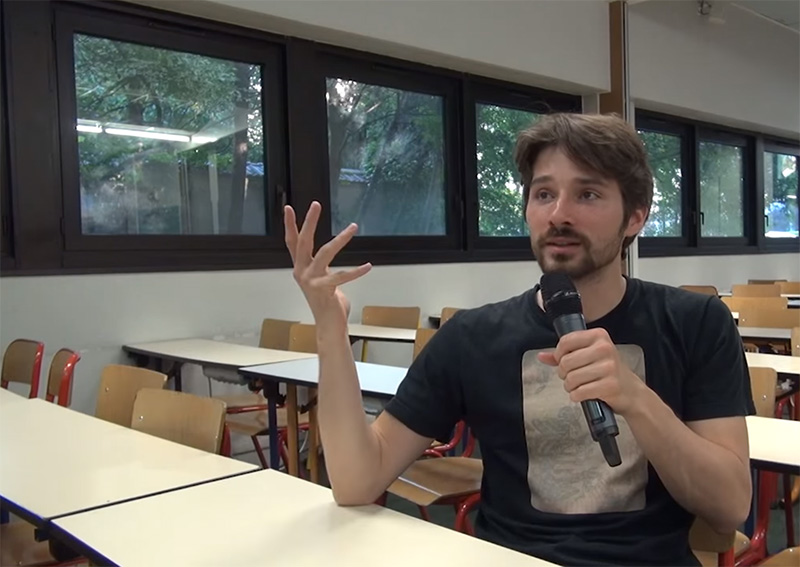 Solomon Hykes (Epitech class of 2006) began his career at an SSII specialising in security. At the
same time, he thought about creating a simple and effective hosting service for developers, easily scalable according to their needs: the idea of dotCloud was born.

In 2008, Solomon Hykes took the first step and founded his company with Sébastien Pahl (Epitech class of 2009). The limited liability company developed a consulting business in order to finance R&D. It was hard at first, especially when it came to finding investors, complicated by the fact that there were few business angels specialising in new technologies in France.

In 2010, Solomon Hykes applied to Y Combinator, an innovative project incubator at the heart of Silicon Valley. The incubator offered $20,000 to the team in exchange for a small percentage of the company’s capital. The business had three months to develop its product and present it at a conference organised with investors: dotCloud hit the bull’s eye and raised €800,000.
A KIND OF CONTROL PANEL
“With Keymetrics, you can deploy code in production more often, while staying informed of any decline in performance or stability. Our solution makes it possible to manage several servers at once, analyse the processes under way, errors produced, etc.”

The advent of dotCloud represented a new generation of online development platform (“PaaS”) which freed developers from the constraints of application deployment.

In 2011, the service raised 10 million dollars from investors at major companies such as Yahoo!, Apple, Benmarck and Trinity. This success was rewarded by the American magazine Forbes, which ranked Solomon Hykes among its “30 under 30”, in the “Technology” category. Source: Forbes.
WITH DOCKER, SOLOMON HYKES’ STARTUP RAISED 55 MILLION DOLLARS IN 2014

In early 2014, Docker, formerly dotCloud, continued its ascent and raised 15 million from Greylock Partners, Insight Ventures and the previous investors (Benchmark, Trinity Ventures and Jerry Yang – co-founder of Yahoo).
Downloaded over 400,000 times, the open source solution has already been adopted by big names in cloud computing such as RackSpace, Yandex, Open Stck, Baidu, eBay and Spotify. It plans to expand beyond the United States, where it has been present from the outset, into Europe and Asia.

Previous entrepreneur of the month : Alexandre Malsch, co-founder and CEO of meltyNetwork.