Get to see the world

The appeal of travel and foreign lands is still very strong for certain groups, especially computer specialists. Julien Barbier (Epitech class of 2006) would not disagree. The founder of while42, the international network of French tech engineers, has just started TechMeAbroad. TechMeAbroad is a job board platform to help people travel and work in any country, not just the United States.

Export and import
Admittedly, as Florent Crivello, one of the pillars of the while42 network, said one day, “San Francisco, is like Disneyland for developers”. Except that “TechMeAbroad can help you find work in any foreign country”, as Julien emphasises. It’s true that “people’s wishes vary greatly by country. In France, young people are especially interested in the USA, Canada and England,” he explains.
A global theme in a world without frontiers
Although French IT engineers are attracted to Anglo-Saxon countries, it also works the other way round: an official agency like FACC in New York can help arrange the paperwork for Americans who want to find a job in France, especially at French IT companies and startups.
Julien and his friends do the same thing but without any institutional help, just out of a desire to help others and a sense of community. Julien has managed to build up this sense of community with maestria and while42, accompanied by Sylvain Kalache in particular. 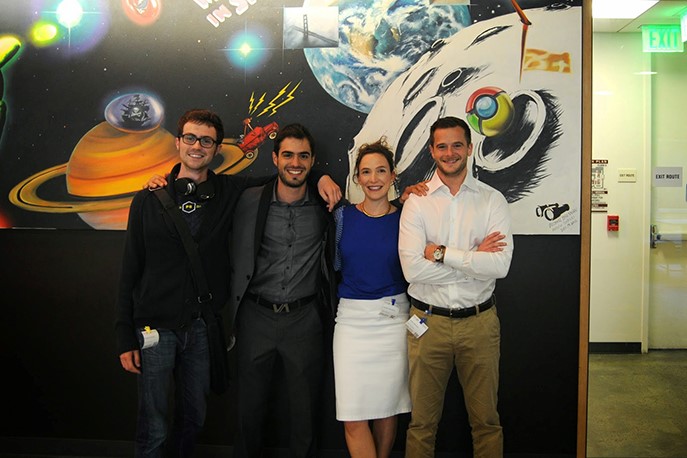 (left to right: Florent Crivello, Sylvain Kalache, Ariane Zambiras and Julien Barbier)
Expansion of while42
“while42 is an international network of French tech engineers. Today we have a presence in over 35 towns and nearly 3,000 members. As the network has grown, we have had more and more requests for help from tech engineers looking for a job abroad, and especially in Silicon Valley.”
Yet this expatriation still needs to be managed at an administrative level.

The case of the USA
“For the USA the process is extremely complicated. There is a huge range of different types of visa. The most common is H1B, which is in no way a ticket to a green card. The green card lets you stay longer and is more easily renewable. The laws change often, and everyone uses a lawyer as the subject is so complicated. You also have to bear in mind that the lawyers’ fees and US visa fees must be entirely covered by the company sponsoring you.”
Why sponsoring ?
This need to recruit talent is indeed a strategic area for IT companies in an extremely competitive global marketplace. “In the USA, they are pulling out all the stops to change the laws and open doors to talented foreigners. FWD.us for example, co-founded by Mark Zuckerberg (Facebook) and Bill Gates (Microsoft), is very active (and its list of members is impressive…).” 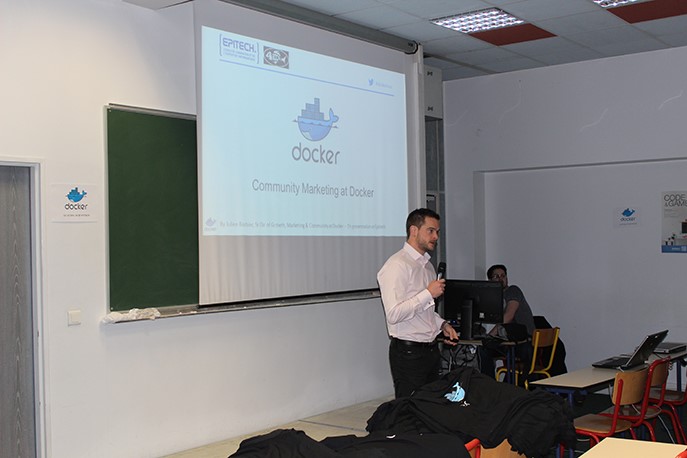 Acceleration
“Over two years ago, I started making personal introductions, until I could no longer cope with the demand. A year later, I therefore started a blog with the vacancies I heard about, so I could help more people. Today, TechMeAbroad is the logical next step. This job board will let me help even more IT engineers and startups.”